#8 - 5 essential things you need to know about React JS 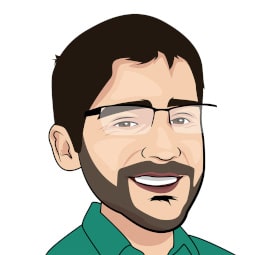 Emanuel Martins, software developer at Technology Partner, explains the 5 things to know and to understand to develop a React project.

React was deployed on Facebook in 2013 and is appreciated by developers looking to build user interfaces. This language is recent and is used for the management of display layers for web and mobile applications. React also allows us to create reusable user interface components.

React JS is an open-source JavaScript library that was created by Jordan Walke, a developer working for Facebook. It is also used to create applications for the Web only. Further, it also combines HTML and XML in the same code file.

React Native is an open-source platform created in 2015 by Jordan Walke as well. React Native is mainly used for IOS and Android mobile applications.

What are the 5 essential things to know about React JS?

What are the differences between React and Angular?

Angular and React each have their own differences and use cases, so it is difficult to say what is best for beginners. For my part, I found React to be more affordable and faster than Angular, because we have more freedom.

What kind of project have you recently developed in React?

Currently, I am working on a platform that collects data from the real estate market so that individuals can compare and estimate their properties. This project is particularly interesting because it’s the first time, I am working in peer-programming : my part is the front end with React and Quentin is working on the database.

What are your ambitions for the future at Technology Partner?

In the long term, I would like to have a position with more responsibility. For example, managing a project while keeping the development part.

We want your visit to our site to be the best possible. Thanks to cookies, we can optimize content and ads, and analyze the traffic on our site.