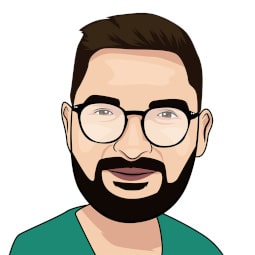 Quentin Decoudier, Senior Software Developer at Technology Partner is an expert in Ruby programming language. This language allows developing applications, mainly web, applications, quickly. With the arrival of new and more "fashionable" languages, many rumors have spread about Ruby's declining popularity. But what is really going on? Here are Quentin's explanations.

What is the Ruby language?

Ruby is an open-source programming language developed by Yukihiro Matsumoto (called "Matz" by the Ruby community) in 1995 in Japan. It is recognized by developers as a language that perfectly applies the principle of object-oriented programming. Mostly used to develop web applications, Ruby is frequently used with its Ruby On Rails Framework.

Quentin, what are the advantages of Ruby for project development?

Ruby has the particularity of having a simple programming syntax and "a logic close to natural language." Accessible, Ruby appears as a language that is easy to write and maintain. Personally, I find Ruby to be a simple language for beginners, but one that requires, like everyone else, an understanding of its philosophy.

Ruby is an undeniable asset for start-ups in the IT field. With this one, you can create something functional quickly. Here, I am referring to the MVP (minimum viable product) which is a development strategy used to bring products/functionalities to market quickly.

Another of its advantages is its community. The Ruby community is growing and welcoming, you can find training, forums, open-source projects, etc. It is very important for us, the developers, to have resources for our projects and Ruby's projects are particularly full and of high quality.

Which brings me to RubyGems, which is the package manager of the Ruby community. A real goldmine where you can find all kinds of modules that you can integrate into your projects. A real-time saver!

What do you think of the rumors that Ruby is endangered?

I think Ruby had its moment of glory with the expansion of the web, especially after the publication of the Ruby on Rails Framework in 2005. Today, the community is reliable, updates are regular, the last version 2.6.3 was released in April 2019. We develop in Ruby because we like this language and not because it is "trendy."

Ruby is not a language supported by large groups like Microsoft for example. But it is still competitive, just look at the surveys carried out in recent years. Click here. Moreover, many known platforms such as Airbnb, Groupon, Shopify, GitHub, were developed in Ruby. Here is a list of known web applications developed in Ruby

What kind of projects have you already developed in Ruby?

With Ruby, you can develop any kind of project easily and mainly for the Web. During my career, I have been able to develop projects such as:

What are your professional projects for the coming years?

In the short term, I would like to continue training in new languages such as React and Node JS. I think they will be a good complement to my skills in Rails and Ruby.

In the long term, I would like to evolve in my professional career and have a position with responsibilities, advice and expertise for example.

We want your visit to our site to be the best possible. Thanks to cookies, we can optimize content and ads, and analyze the traffic on our site.